The Florida Keys are much more than one Tiki Bar after another.   While the Keys are often seen as the perfect place to vacation, the series of islands accommodate over 77,000 residents who shop for groceries, attend school, run businesses, and go to work, much like most places in the country.  The fact that these activities are conducted on islands in the midst of a vast ocean is just a side note for those who live there.  While there are over 1700 islands in the Keys, only a handful are available for inhabitants.  To get from one island to another, an overseas thoroughfare was converted from an old railroad route to an interstate highway offering extensive views of the ocean. 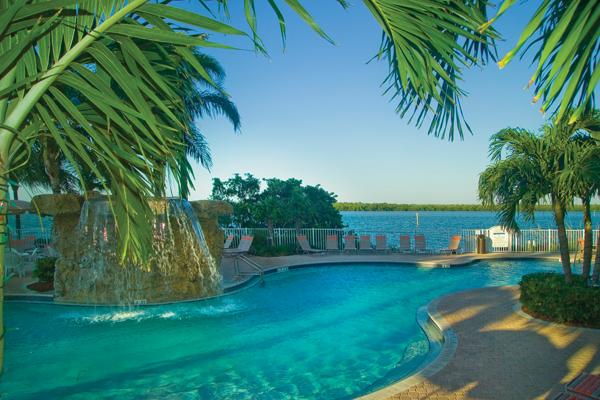 The Florida Keys represent the southernmost part of the United States and boast some of the warmest tropical weather in the country, thus the lure to vacation there.  Inhabitants can feel like they are on a Caribbean island without leaving the U.S.  The Keys house some of the most appealing beaches and resorts in the country, and visitors can stay secluded or within a community, depending on their purpose for being there.

Getting to the Keys is relatively easy and a short trip of 2-5 hours by plane.  Arriving by boat is also possible, which makes illegal activity simple for criminals.  Whether transporting drugs or people, both the Mexican and Cuban borders are close enough to the Keys for smuggling operations to be undetectable by authorities.   The Keys are less than 100 miles from Cuba; while some people appreciate that distance for drug operations or a boat ride to a new life in America, some people like it for swimming.  Yes, a few people have braved the distance from Key West to Cuba for the sport of it.

Nobody wants to think of natural disasters, especially if they are on vacation or have settled into a location they consider home.  However, those living and visiting in the Keys have a chance of being evacuated when the weather becomes dangerous.  Even minor hurricanes can cause winds and waves that damage anything standing and flood anything that is not.

Whether in your back yard, or 2500 miles away from home, once in the Keys, people have plenty to do.  Visitors can walk along main streets of each island and learn about different cultures.  Shopping in distinctive local shops is a popular activity.  Additionally, there are fishing charters scuba diving lessons, and restaurants to discover; there are beaches for swimming, which include the equipment to explore the ocean and coral reef – snorkeling, kayaking, and windsailing.

The Islands are not just beaches, either.  There are national parks and industrial areas where fishing is about making a living not just hanging out on a boat for an afternoon.  As the island economies rely on tourists, there is often plenty to do when visiting.  From Tiki Bars in the pool of your resort to popular night clubs within walking distance, there is plenty to do whether you are a visitor or a local.