There are many ways to get to the Arctic, with the most common option being an Arctic tour (there’s many companies offering services there). But what type of animals will you see when you get there? We’ve decided to look at 7 of the best animals to see in the Arctic. 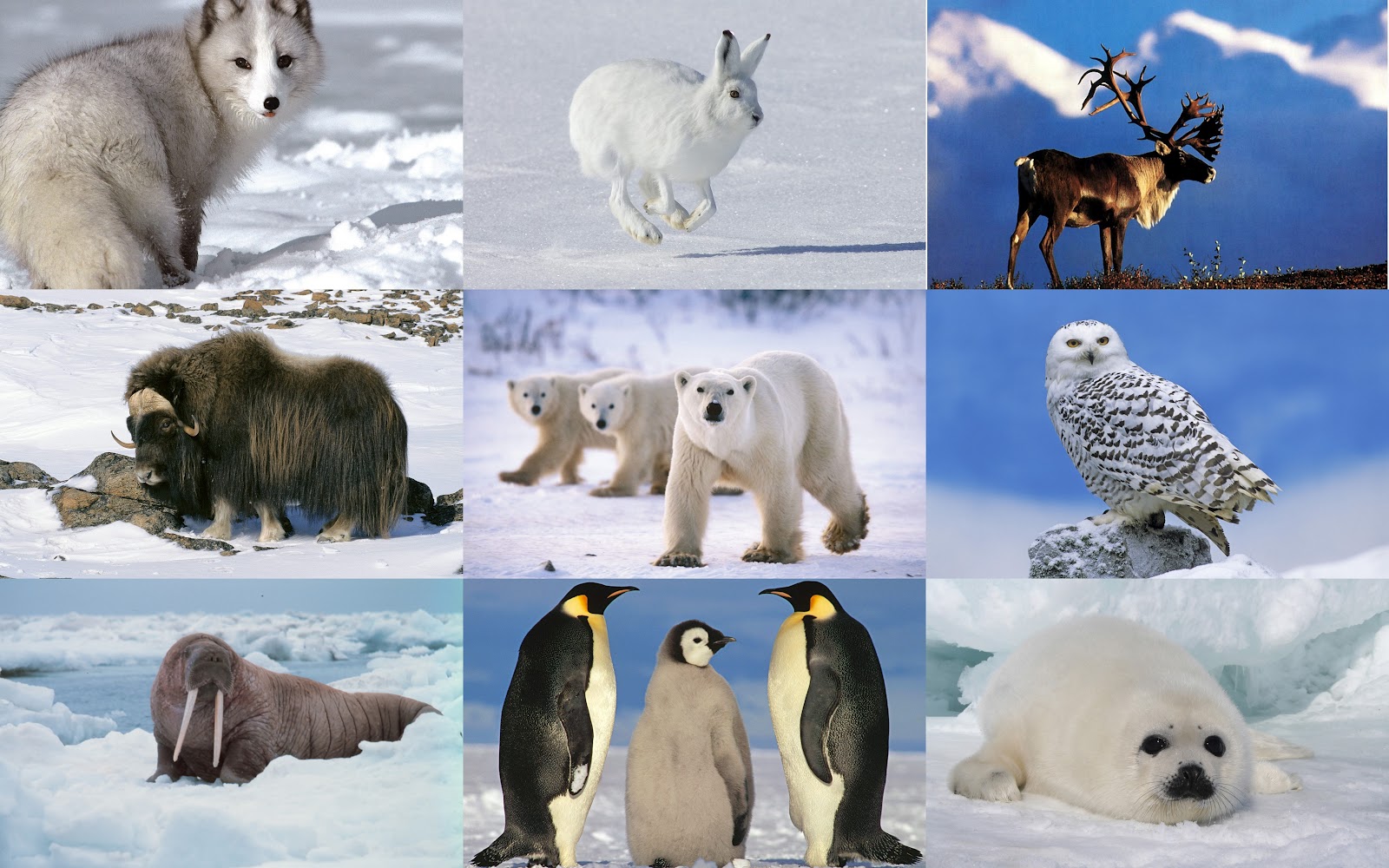 These beautiful white, fluffy mammals are a definite tourist attraction for the Arctic. They are hyper-carnivorous and are native to the Arctic Circle. The females are over one meter on average once fully grown and can weight up to 250 kilos. The males can grow to almost 2 meters tall and weigh up to 450 kilos! They can run up to 40km/h when sprinting to catch their prey and can also swim long distances. Unfortunately, they have been a vulnerable population for some time now due to climate changes.

The ringed seal goes by a few names, including harp seal or jar seal. It is native to the Arctic and Sub-Arctic regions. They are earless, and can grow up to 1.5 meters long. Each one has a unique fur pattern, of light grey rings. Their diet consists of fish and invertebrates, and dive up to 11 meters when hunting for food.They are the most common seal species in the Norther Hemisphere. They are also the primary source of prey for polar bears, killer whales and Eskimos.

Walruses are huge, slippered marine mammals which are native to the Northern Hemisphere. Adult males can grow up to 2 000 kilograms,  and are one of the largest seal species in their region. They are recognised by their large tusks and whiskers, which aid them in hunting. They have been hunted by Eskimos for thousands of years, for a source of meat, fat, skins, tusks and bone.

These adorable, white foxes are native to the Northern Hemisphere, and also known as the white, polar or snow fox. They are mammals, and carnivorous, with a diet consisting of ringed seal pups, fish, seabirds, berries, seaweed and other small mammals. They are also monogamous during breeding, and raise their young together in underground dens. Their core temperature is adapted to enduring differences of up to 100 degrees celsius, making their coats a prized possession for their survival.

There are over 25 species of Arctic birds, that come in all different shapes and species. Some interesting species include kittiwakes, puffins, white-tailed eagles and little auks. Kittiwakes, also known as a seagull, are the most common Far Northern Arctic bird. Puffins, also known as sea clowns for their bright beaks are a unique looking bird residing in the Arctic. White-tailed eagles are the most common eagle found in this region, and closely related to bold eagles. Little Auks are a beautiful black and white bird, who travel in colonies of millions.

The Arctic Hare is a species of rabbit which is well adapted to arctic temperatures. These small mammas have white, fluffy coats, and up to 20% body fat to withstand the cold temperatures. They can run up to 60 kilometres an hour, whether they are playing or running away from a predator. They are herbivores, and primarily eat woody plants, seaweed, flowers and snow for hydration.